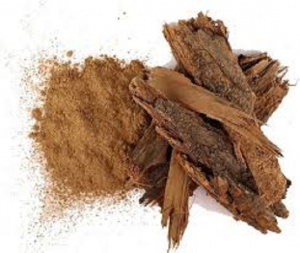 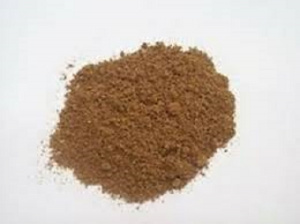 Some feel that the thorn bush of Exodus 3 was Acacia nilotica, the fire, the parasite Loranthus acaciae. Inner bark contains 18–23% tannin, used for tanning and dyeing leather black. Young pods produce a very pale tint in leather, notably goat hides (Kano leather). Pods were used by the ancient Egyptians. Young bark used as fiber, twigs esteemed for tooth brushes (chewsticks). Trees tapped for gum arabic. The gum arabic is still used in making candles, inks, matches, and paints (NAS, 1980). Tender pods and shoots used as vegetable, and used as forage for camels, sheep and goats, especially in Sudan, where it is said to improve milk from these animals. Seeds are a valuable cattle food. Roasted seed kernels, sometimes used for flavoring and when crushed provide the dye for black strings worn by Nankani women. Trees used in Sudan for afforestation of inundated areas. Sapwood is yellowish-white, heartwood reddish-brown, hard, heavy, durable, difficult to work, though taking a high polish. Because of its resins, it resists insects and water, and trees are harvested for the timber for boat-making, posts, buildings, water-pipes, well-planking, plows, cabinet-work, wheels, mallets and other implements. Wood yields excellent firewood and charcoal (Duke, 1981a). The aqueous extract of the fruit, rich in tannin (18–23%) has shown algicidal activity against Chroccoccus, Closteruim, Coelastrum, Cosmarium, Cyclotella, Euglena, Microcystis, Oscillatoria, Pediastrum, Rivularia, Spirogyra, and Spirulina (Ayoub, 1983). 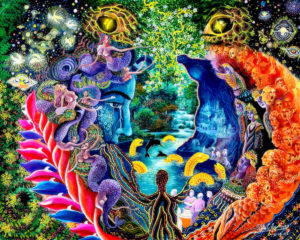 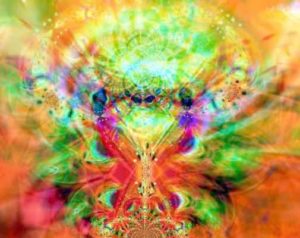 Zulu take bark for cough, Chipi use root for tuberculosis. Masai are intoxicated by the bark and root decoction, said to impart courage, even aphrodisia, and the root is said to cure impotence. Astringent bark used for diarrhea, dysentery, and leprosy. Bruised leaves poulticed onto ulcers. According to Hartwell, the gum or bark is used for cancers and/or tumors (of ear, eye, or testicles) and indurations of liver and spleen, condylomas, and excess flesh. Said also to be used for cancer, colds, congestion, coughs, diarrhea, dysentery, fever, gallbladder, hemorrhage, hemorrhoids, leucorrhea, ophthalmia, sclerosis, smallpox, and tuberculosis. Bark, gum, leaves, and pods used medicinally in West Africa. Sap or bark, leaves, and young pods are strongly astringent due to tannin, and are chewed In Senegal as antiscorbutic; in Ethiopia as lactogogue. Bark decoction drunk for intestinal pains and diarrhea. Other preparations used for coughs, gargle, toothache, ophthalmia, and syphilitic ulcers. In Tonga, the root is used to treat tuberculosis. In Lebanon, the resin is mixed with orange-flower infusion for typhoid convalescence. Masai use the bark decoction as a nerve stimulant. In Italian Africa, the wood is used to treat smallpox. Egyptian Nubians believe that diabetics may eat unlimited carbohydrates as long as they also consume powdered pods (Duke, 1983a). Extracts are inhibitory to at least four species of pathogenic fungi (Umalkar et al, 1976).

Native from Egypt south to Mozambique and Natal; apparently introduced to Zanzibar, Pemba, and India; Arabia. Considered a serious weed in South Africa.

Trees propagated in forest by seeds. Direct seeding is the common practice. Stored seed may require scarification. Young seedlings are said to “require full sun and frequent weeding” (NAS, 1980a).

Although there are other sources of gum arabic, trees are still tapped for the gum by removing a bit of bark 5–7.5 cm wide and bruising the surrounding bark with mallet or hammer. The resulting reddish gum, almost completely soluble and tasteless, is formed into balls. Though used in commerce to some extent, it is inferior to other forms of gum arabic, with which it is sometimes mixed.

Various products of the tree are used locally in tropical Africa, but none enter international markets. Trees usually add 2–3 cm in diameter each year (NAS, 1980a).

Extensively used, e.g. in India, for firewood and charcoal, this species has been used in locomotives and steamships as well as industry balers. It is cultivated for industrial fuel in the Sudan. The calorific value of the sapwood is 4,800 kcal/kg of the heartwood 4,950. The species does nodulate and fix nitrogen.

There are no reviews yet.